We should NOT sell more weapons to Israel! 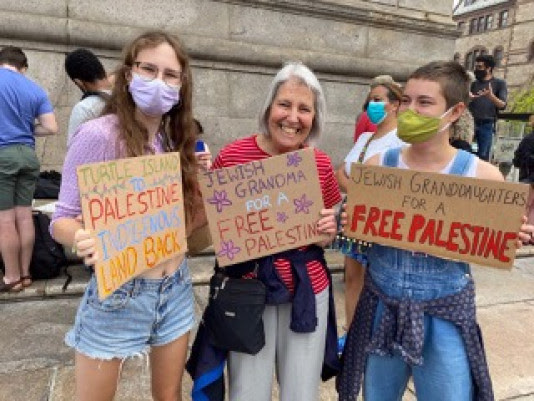 Thank you to everybody who called our elected representatives to support resolutions blocking the sale of weapons to Israel ( S.J. Res.19 in the Senate, and H.J. Res 49, in the House.) However, the State Department did not wait even for a debate and has issued the license for export. But it’s not yet a done deal!!

The sale includes $735 million in Joint Direct Attack Munitions and Small Diameter bombs from Boeing. This ignores the role of Congressional oversight in weapons sales; also it is in conflict with the Arms Export Control Export which mandates that weapons sold by the U.S be used for legitimate self-defense. Gaza is still under a blockade with control of all its borders by Israel. Israel’s launch of precision weapons at densely populated areas and bombing of residential buildings is a major violation of human rights and can be considered a war crime.  Although the rocket attacks from Gaza into Israel which indiscriminately kill civilians can also be considered a war crime and a violation of human rights, the Israeli response is disproportionate and can not be justified as self-defense. Please sign this petition to Secretary of State Anthony Blinken asking him to revoke the export license.

United for Peace and Justice (UFPJ) (of which Brooklyn For Peace is a member organization,) has joined over 100 other national organizations in a letter calling on Pres. Biden to halt weapons sales to Israel. See text of letter here.
(Thanks to UFPJ for the photo)