UPDATED: BFP Statement on Dangerous Escalation of War in Ukraine 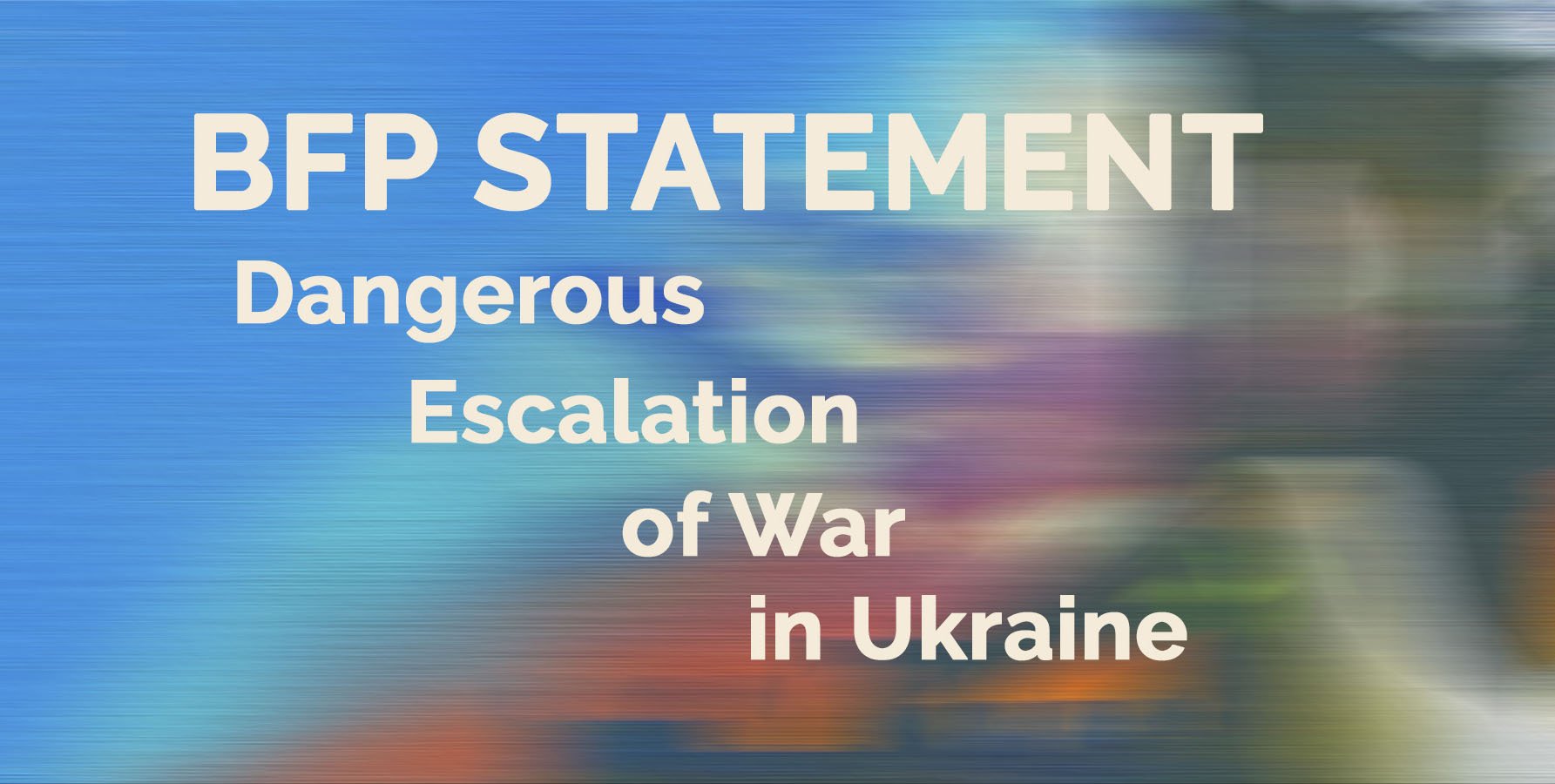 Brooklyn For Peace is increasingly alarmed over developments in Europe and the escalation of the war in Ukraine. We have stated our complete opposition to Russia’s illegal invasion. As a peace organization we re-state our firmly held belief that differences between nations must be settled through diplomatic means and never through war and occupation. This is never more true than in the 21st-century with the terrible development of horribly lethal weapons that inflict such devastation on the innocent civilians of countries subjected to war.

Russia’s war against Ukraine has had devastating effects on that sovereign country’s infrastructure and citizens with many thousands killed and wounded. The war has greatly exacerbated the worldwide refugee crisis and has disrupted food supplies worsening the growing hunger crisis, particularly in the Global South. We demand an immediate cease-fire, a withdrawal of Russian troops and an end to the war through urgent diplomacy and negotiations.

But we also firmly oppose the pouring of more and more weapons, each time more advanced and more powerful, into Ukraine by the United States and other Western powers. President Biden, who at first wisely resisted calls for military assistance, seems now to become its biggest champion. The United States has already poured over $2 billion dollars into weapons to Ukraine, announcing that an additional $800 million will be sent in the weeks ahead. This will include more powerful artillery, drones and tanks. The sending of tanks, in particular, is opposed by Germany and other NATO powers as a dramatic escalation of the hostilities. And observers have noted the “strategy comes with a notable risk: antagonizing Russia so much that it ignites a wider, international conflict.”

Indeed, Russia recently sent a formal warning to the United States, saying that Western deliveries of the “most sensitive” weapons systems to Ukraine could bring “unpredictable consequences.” Instead of taking this at face value, U.S. officials have taken this as a sign that their weapons shipments have made a difference on the battlefield, thus showing their emphasis on a military solution rather than a diplomatic and negotiated end to the war. The long-term effect will be an extension of hostilities, leading to even more suffering and deaths for Ukrainians and Russians alike, but also the increased likelihood of an expanded war involving other countries. This, as history has shown, could lead to a full-scale World War and the exponential increase of the possibility of a nuclear conflict from which there will be no victors, only losers.

The President appears to have turned a deaf ear to calls for diplomacy. Instead, he seems to be listening to the generals and the Pentagon.  Lt. Gen. Frederick B. Hodges, the former top U.S. Army commander in Europe, is quoted in the NY Times and has scoffed at the threats of an expanded war or a nuclear exchange:

“Seven weeks ago, they were arguing over whether to give Stinger missiles — how silly does that seem now? We have been deterred out of an exaggerated fear of what possibly could happen.”

And then the General, fanning the flames of all-out war and greater U.S. involvement, added,

Slowly but surely, as the President orders more and more weapons to be poured onto the bonfire of today’s war, we are witnessing a slow-motion drift toward a bigger war and the not-so-remote possibility of nuclear armageddon.

We note that as a  backdrop to all this, the Pentagon has been meeting with weapons manufacturers, urging them to increase their production of advanced weapons. The CEO of Raytheon, maker of the Stinger missile being shipped by the thousands to Ukraine, was quoted before the invasion that the conflict looked very good for his company’s bottom line.

As the U.S. and the other Western powers increase their military budgets (the U.S. budget exceeds the world’s next eleven largest) using Ukraine as an excuse, we know that only these merchants of death will be the benefactors. The losers will be the populations of those countries who will suffer cutbacks to social spending as taxes are poured into wars and weapons. Already, Biden’s talk of building back better with badly-needed social expenditures and a real fightback against the climate crisis, seems to have been put on indefinite hold as he calls for an $813 billion Pentagon budget for the fiscal year 2023. This is a tragedy for the American people.

We urge President Biden to change course, and going forward, to use all diplomatic tools available to enunciate an urgent call for a cease-fire and a negotiated solution. That is the only thing that can bring the war to a quick end. The opposite only leads the world to a dangerous abyss.

Brooklyn For Peace Board of Directors
April 27, 2022

Article by BFP Team
Previous Story
How You Can Help Stop a War with Iran: Webinar Recording
Next Story
UPDATE: New Cold War with Russia – Tensions Over the US-NATO-Russia-Ukraine Crisis 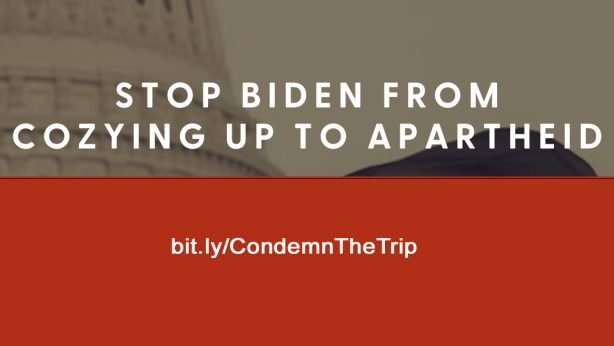 Stop Biden from Cozying Up to Apartheid!

Biden is out on a war crimes tour, cozying up... 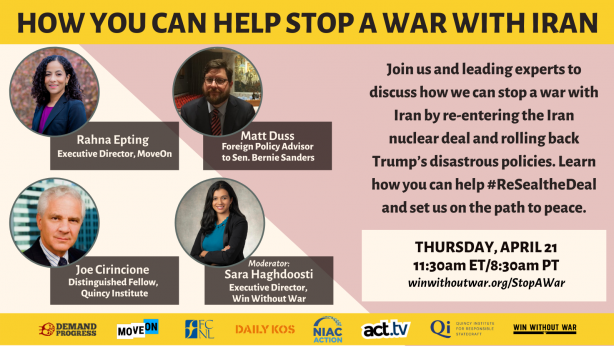 How You Can Help Stop a War with Iran: Webinar Recording