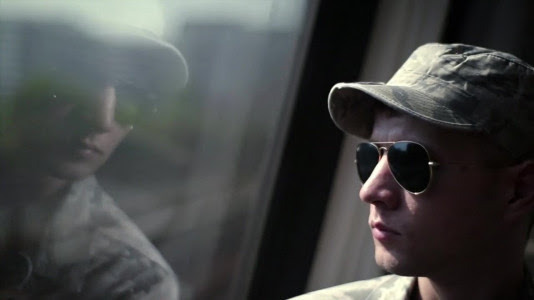 Daniel Hale, drone whistleblower, is now in solitary confinement in Alexandria, Virginia. Hale is a veteran of the US Air Force. During his military service from 2009 to 2013, he participated in the US drone program, working with both the National Security Agency and the Joint Special Operations Task Force at the Bagram Air Base in Afghanistan. After leaving the Air Force, Hale became an outspoken opponent of the US targeted killings program, US foreign policy more generally, and a supporter of whistleblowers. He publicly spoke out at conferences, forums, and public panels. He was featured prominently in the award-winning documentary National Bird, a film about whistleblowers in the US drone program who suffered from moral injury and PTSD. Hale based his criticisms on his own participation in the drone program, which included helping to select targets based on faulty criteria and attacks on unarmed innocent civilians.

In May 2019, Daniel Hale was arrested and indicted on allegations that he disclosed classified documents about the U.S. military’s assassination program, believed to have been the source material for a series in The Intercept called “The Drone Papers”. On March 31, 2021, Hale pleaded guilty to a single count under the 1917 Espionage Act, carrying a maximum sentence of 10 years. Sentencing is currently scheduled for July 13, 2021.

Learn more about Daniel Hale, his case, and how you can help. Most important now is letters written to the sentencing judge before his sentencing (coming up on July 13.) See instructions here.  A helpful statement from a member of his legal defense team can be heard on this recent webinar beginning at 38:48.

The importance of Daniel’s efforts to expose the USA assassination drone program can be compared to the work of Edward Snowden in exposing the USA surveillance network. To learn more about weaponized drone, check out www.bankillerdrones.org. 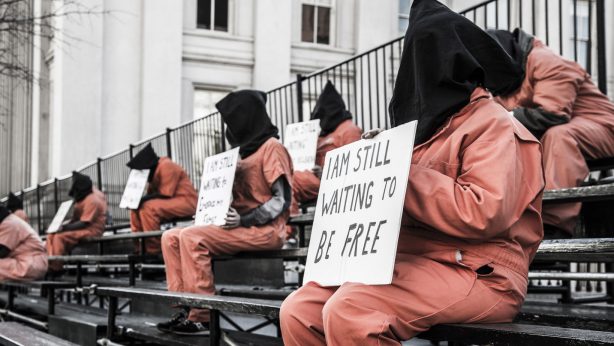 We invite you to join Witness Against Torture in a... 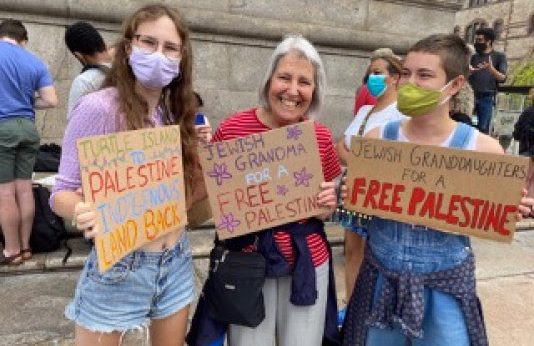 We should NOT sell more weapons to Israel!

Thank you to everybody who called our elected representatives to...

The "Poor People's Campaign: A National Call for Moral Revival" centers the voices and leadership of people directly impacted by the interlocking injustices of systemic racism, poverty, ecological devastation, the denial of health care, militarism, and the distorted moral narrative of religious nationalism that blames the poor instead of the systems that cause poverty. Let's be there to join them in fighting for a better society for all of us! Mon 6/21, 5:30 pm, online (in person in Raleigh, North Carolina) ... See MoreSee Less

Brooklyn For Peace was there as well last Monday, June 7, to support this delegation which went in to the office of Carolyn Maloney. ... See MoreSee Less

Come to join the Poor People's Campaign NY and #BFP at Carolyn Maloney's office on Monday, June 7th at 11:30 AM to demand action!"As the moral agents of our time, and drawing on the transformational history of the First Reconstruction following the Civil War and the Second Reconstruction of the civil rights struggles of the 20th century, we need a Third Reconstruction to revive our moral and political commitments to democracy and the founding principles of the country. With this resolution, we (1) acknowledge the deep harms we have suffered from systemic racism, poverty, ecological devastation and the denial of health care, militarism and the false narrative of white supremacist nationalist extremism and (2) commit to heal and transform the nation by addressing these interlocking injustices, beginning with those most impacted, with moral and just laws and policies." --Poor People's CampaignRSVP at http://ow.ly/YG8N50F2jCc ... See MoreSee Less

There's still time to register for the press confe

Come to join the Poor People's Campaign NY and #BF

ACTION: In 1 hour we will demonstrate against fede

ACTION TODAY! We will demonstrate against federal

We are urging all our members, supporters and frie

Tomorrow, May 17 we will demonstrate against feder

We are urging all our members, supporters and frie

ACTION: Mon May 17 we will demonstrate against fe

There's still time to register for the Prohibiting

ACTION: Mon May 17 we will demonstrate against fe

From Trump's Fire and Fury comments to Biden's bel

Check out our Youtube to see our past events and

The Labor and the Movements for Peace and Social J

Labor and the Movements for Peace and Social Justi

How can you discuss the intersection of the labor,