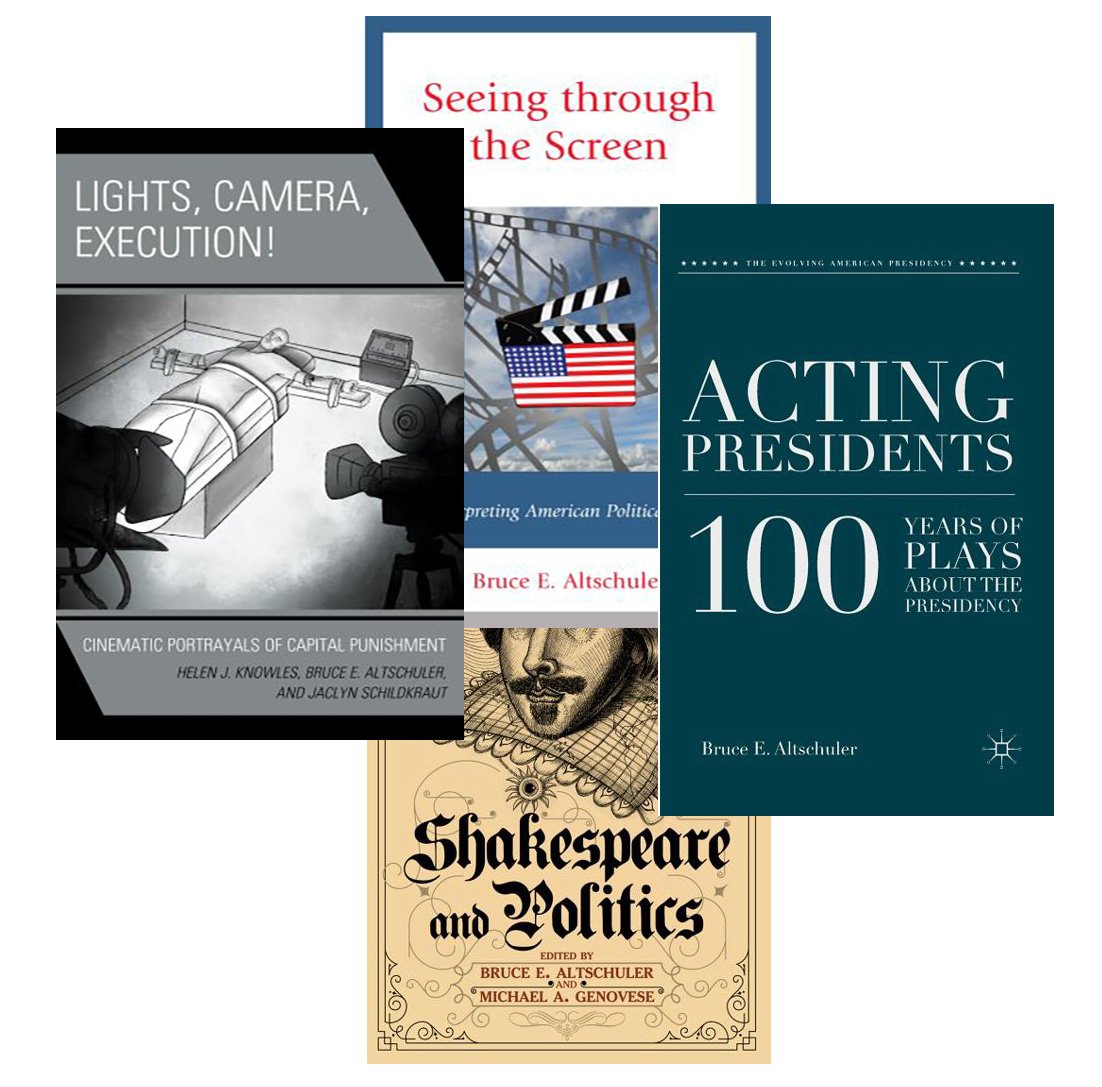 Brooklyn For Peace’s very own Vice Co-chair, Bruce Altshuler, has written multiple books on this topic. In March 2021 he wrote this article – “The Changing Face of Capital Punishment Films: Just Mercy and Clemency,” Journal of Popular Film and Television,” Volume 49, No. 1 (March 2021). He is currently working on a book about movies on the subject of freedom of the press.

In his own words:

“When I started teaching, my main field was American politics with a specialty of the American presidency. About 15 years ago, I began to combine that with my interest in film and theater, starting to teach a course on politics and film, then writing a book on plays about presidents. I have written the following books since then.”

This book seeks to fill a major gap in the literature about fictional representations of presidents by studying more than 40 plays, written since 1900, which have had prominent productions on or off-Broadway or in another major city. READ

Shakespeare and Politics: What a Sixteenth-Century Playwright Can Tell Us about Twenty-First Century Politics (2014)
Edited by Bruce Altschuler, Michael Genovese

William Shakespeare more than any other author was able to capture the essence of human nature in all of its manifestations. His political plays offer enduring insights into our humanity, our vanity, our noble and baser drives, what makes us great, what makes us loathsome. READ

Although films affect and reflect the way Americans look at politics, they have received far less attention than television or newspapers. This is changing, particularly on college campuses, where courses on politics and film are growing in popularity. This book consists of short essays on approximately fifty American political films. READ

Lights, Camera, Execution!: Cinematic Portrayals of Capital Punishment fills a prominent void in the existing film studies and death penalty literature. Each chapter focuses on a particular cinematic portrayal of the death penalty in the United States. Some of the analyzed films are well-known Hollywood blockbusters, such as Dead Man Walking (1995)…… READ 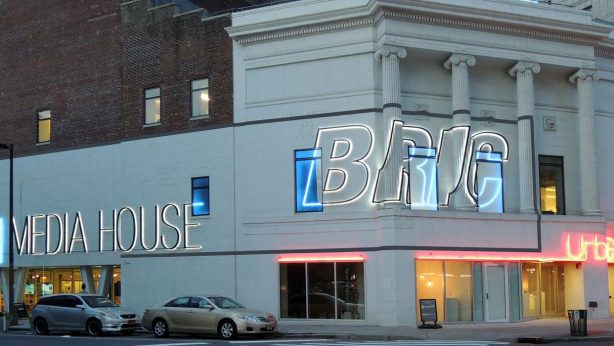 BRIC Celebrate Brooklyn! Festival is Back

Brooklyn For Peace's Arts and Culture Collective is happy to...

Join us in front of the library at Grand Army Plaza tomorrow, Saturday Aug 13, from 10:30 am-12:30 pm! We’ll be distributing flyers urging a cease-fire & negotiations to end the war in Ukraine, which is killing thousands of people, displacing millions, & causing hunger, inflation, & increased militarism around the world.

Check out the recording of Saturday’s "War Is Not Green" event here: https://www.youtube.com/watch?v=jT8rzK5_tQ4 Speakers addressed how militarism and climate change are creating a crisis at the border, COP27, the rising threat of nuclear warfare, the importance of fossil fuels in the war in Ukraine, how the U.S. military contributes to environmental catastrophes, and more.We are living in the midst of a climate and ecological emergency. Instead of responding to this emergency by investing in community needs and transitioning away from fossil fuels, the U.S. government is investing more in militarism to maintain imperial control over a dying planet. Militarization must stop. We cannot allow our government to prioritize power over people any longer.

CODEPINK: WAR IS NOT GREEN: How Militarism Fuels the Climate Crisis and What You Can Do About It

It’s time to talk about militarism and the destruction of our planet.We are living in the midst of a climate and ecological emergency. Instead of responding …

Just over a year since its last horrific attack on Gaza, the Israeli government launched yet another round of catastrophic bombings, massacring Palestinian families. This is the fifth attack by Israel of this magnitude since it placed Gaza under a crippling blockade of land, air and sea 15 years ago.We’ll hold this 30 min online space each day as long as we need to, to take collective action in solidarity with Gaza. We’ll call our electeds to demand that Israel stop its attacks and end the brutal military siege of Gaza, as well as make demands of other key institutions complicit in this murderous regime.Please share widely and invite others to join. May our heartbreak and rage lead us towards collective action. Register at jvp.org/actionforgaza

Join us on Sat. Aug. 6, 10:30 am to 12:30 pm, in front of the Library at Grand Army Plaza. We’ll be distributing flyers urging a cease-fire and serious negotiations to end this war, which is killing thousands of people, displacing millions, and causing hunger, inflation, and increased militarism around the world.

It’s been 77 years since the bombing of Hiroshima and Nagasaki. We need to take action to insure that this never happens again!

Join us in front of the library at Grand Army Plaza tmrw, Sat. Aug 13. We'll be distributing flyers urging a cease-fire & negotiations to end this war, which is killing thousands of people, displacing millions, & causing hunger, inflation, & increased militarism around the world.

THREAD: What you need to know about #Gaza

Gaza is a tiny strip of land in Palestine, home to more than 2 million Palestinians.